How do I get pain relief?

There are many natural ways of dealing with pain that do not involve drugs. 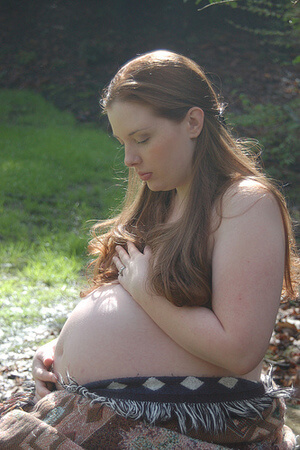 FEAR
When a woman is in a state of fear, messages are sent to the body telling it there is a danger out there that must be fought or run away from. Blood and oxygen are instantly sent into the muscle structure enabling the frightened woman to fight the danger or run away from it. In order for this to happen, however, blood and oxygen must be drained from other organs that the body considers nonessential for “flight or fight.” This is why a woman’s face turns white when she is afraid. The body considers the skin a nonessential organ when it comes to flight or fight. It knows that the arms and legs of a frightened woman need blood and oxygen more than the skin does.

Unfortunately, the uterus is also considered nonessential for fight or flight. According to Grantly Dick-Read, author of Childbirth without Fear, the uterus of a frightened woman in labor is literally white. Without “fuel,” the uterus cannot function, nor can waste products be properly carried away. Hence there are pain and problems. When we rid ourselves of fear, birth can be painless, and in some cases, even pleasurable.

SHAME
Almost every culture believes to one degree or another that sex is shameful. Those who choose celibacy are often viewed as virtuous, while those who choose to express their sexuality are frequently chastised. Because our emotions profoundly effect our bodies, when a woman believes sex is shameful, birth often becomes the punishment. Loving and accepting our bodies and our sexuality are necessary components in the creation of a good birth.

GUILT
Many women have trouble accepting pleasure in any area of their lives. They don’t believe they’re worthy of it. For one reason or another they believe they should suffer. Perhaps they were raised with the notion that suffering is ennobling, that it is good for the soul. The truth is, we are each deserving of happiness, but it cannot come to us unless we let it. Loving and forgiving ourselves and others is crucial when it comes to creating a successful birth.

Almost all of us have been raised with the belief that birth is inherently dangerous and painful. Movies and television continually depict birth this way, and most of us, to one degree or another, have accepted these beliefs as real. Consequently, most women are going to have some pain in labor. However, belief creates reality, and by working with our beliefs and changing our consciousness, we can significantly reduce the pain, and possibly even eliminate it. Even if we have pain in labor, it doesn’t have to destroy us. Whether physical or emotional, pain can be endured. When we drug ourselves in an attempt to avoid pain, we end up missing out on what woman I know described as “the exquisite sensations of giving birth.”

Many thanks to Nicole Murray for allowing me to use her lovely photo.

What is Unassisted Childbirth?
Is UC safe?
Why choose UC?
Is uc legal?
How do I get pain relief?
Unassisted childbirth in the 1950’s
The joys of catching your own baby
Unassisted pregnancy: Every woman is her own best caregiver