Home » Inspiration » One Birth Affects Another

One Birth Affects Another

Throughout our whole life our job is simply to exert the best possible influence on the part of the world we touch. The flowers we cultivate in our own garden will drop their seeds in the patch next door. This is how in our own gentle way we transform the world.
-Meredith Lady Young

The neighborhood was hardly supportive of my decision to birth at home. Each day, while working in my garden and celebrating my expanding belly, passing neighbors would question my sanity:

“But, who’s going to cut the umbilical cord?”

“But, what if something goes wrong?”

“But, what if the baby’s not in the right position?”

“But, what about the placenta?”

“But, what if the cord is wrapped around the baby’s neck?”

I explained that it doesn’t take a college degree to snip a cord; I expressed my trust in everything going smoothly; I mentioned that my baby had showed me in a dream that he would be turning head-down during labor; I reassuringly replied that my body could properly expel a placenta; and I calmly concluded that a wrapped umbilical cord is easily unwound.

The months passed, but my neighbors continued to be filled with fear and trepidation. My faith speeches and self-confidence comments had not helped to alleviate their concerns.

Then came the moment in time when my carefully tended garden of faith burst forth with the glorious unassisted homebirth I had so dearly envisioned. On a Saturday evening, while neighbors were tuned into television, I turned into myself and cheered my son on as he maneuvered his way from womb to world.

An hour later, as I walked past my kitchen sliding glass door – newborn in arms – one of my neighbors was driving by. She looked my way, slowed her car, got out, then stood in awe at being in the presence of a home-born newborn.

Days later, while sharing in the joy of my new son, my neighbor began to talk about her frustration with the way her daughter’s birth had gone. I told her about my VBAC experiences, and she seemed to gain some sense of hope as she contemplated the possibility that she, too, could know the serenity of a homebirth, if she just put her heart and faith behind such a decision.

The seeds of my own dream-realized had, indeed, migrated next door, embedding themselves into the fertile soil of a neighbor who saw a better way to give birth. My birth had affected another. 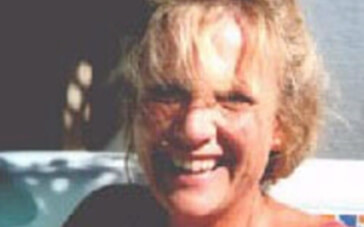