It became apparent by the time that I was only 22 weeks pregnant that Maverek was anxious to get here. It was at that time I had some problems with pre-term labor and began to dilate. We made it until I was 38 weeks and 2 days before he was determined to make his entrance, and quite a dramatic one at that. The day he was born progressed like any other until about 5:00 p.m., at which time, I began feeling very sick with flu like symptoms. I was shaky, clammy, cold, sweaty, nauseous, and just pretty much all over yucky. Miserable, I assumed it was something I ate. I asked Kelly to take care of Scarlet while I camped out in the restroom.

At 5:30 p.m. I was having some moderate contractions, but they were really no worse than what I had been having the last several weeks. I did suspect I was in early labor, but thought I was still several hours from delivery so Kelly packed up the kids and went to look at a dirt bike. I started a bath and before the water finished running I had the first really strong contraction. I got into the water and had another strong contraction along with a moment of panic, thinking I was in for a lot of work! On the third strong contraction the pressure was so intense that I couldn’t resist the urge to bear down. I reached down and I could feel his head slowly emerging. With one more contraction and only three pushes, he slid gently into my hands.

The intensity and majesty of those few moments have left an indelible impression on me. There were no bright lights, no loud noises, no interfering hands. It was only my strength, my breath, and my faith in God’s miraculous design that brought him forth. As I brought him to the surface of the water for he and I to meet for the very first time, there was only peace. After a moment or two, he let out a quiet gurgle and began trying to nurse.

It occurred to me at that time, to call Kelly however, technology momentarily failed us and the cell phone wouldn’t receive the signal. Unfortunately my memory also failed and I couldn’t remember his pager number. So I climbed out of the bath, wrapping a towel around beautiful Maverek and walked to Kelly’s office to get his number. I sent him a text message that read, “It wasn’t something I ate, it was your son. Come home quickly!” He called back immediately asking what I meant exactly. To which I said, “He’s here and he’s perfect, come home.” My husband received the message 20 minutes after leaving the house. Kelly burst into the bedroom about ten minutes later to find us quietly nursing and completely content. His teary-eyed first quote, “You’re amazing.”

This birth was one of the most exquisite and profound experiences of my life. I began imagining one very similar when I was only weeks pregnant. The idea of giving birth without any assistance at all seemed so ideal and empowering. Admittedly, at first, the idea made me a little nervous. All of the “what ifs” that I am trained to deal with as a midwife were prominent concerns. This makes me wonder if it was even really my idea to begin with, or if Maverek whispered it to me in my dreams. However, as the pregnancy progressed so did my faith in my body, my ability to give birth, and my conviction that whether we are feminist or not, our bodies are designed to give birth. Man or medical science cannot improve on creation as God intended it. He makes no mistakes, he is a loving and extravagant God.

In the final weeks of my pregnancy I found peace and solace in several scriptures and I knew that whatever God intended for this baby and I was perfect. My two favorite verses were Psalms 139:13-14, “For you created my inmost being; you knit me together in my mother’s womb. I praise you because I am fearfully and wonderfully made; your works are wonderful, I know that full well.” And Philippians 4:13 which promises, “I can do all things through Christ who strengthens me.” My faith was reaffirmed when in the night I got up to have a snack. I sat in the family room thanking God for all he had given me and I saw a shooting star streak across the sky. Life in and of itself is a miracle.

Maverek is a beautiful, happy, quiet baby. Neither he nor I suffered any complications during the birth or in the hours and days afterward. We are enjoying these days and hours of getting to know one another and celebrating the addition of him to our family. 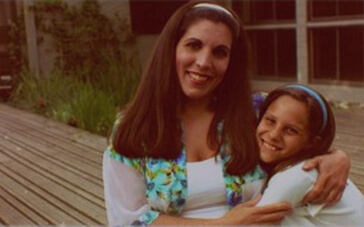 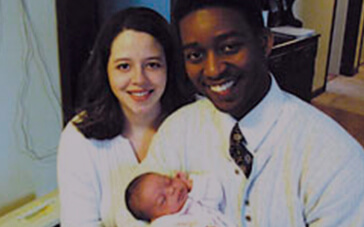 My Decision To Have An Unassisted Homebirth

Nicholas – The Boy with the Broken Heart